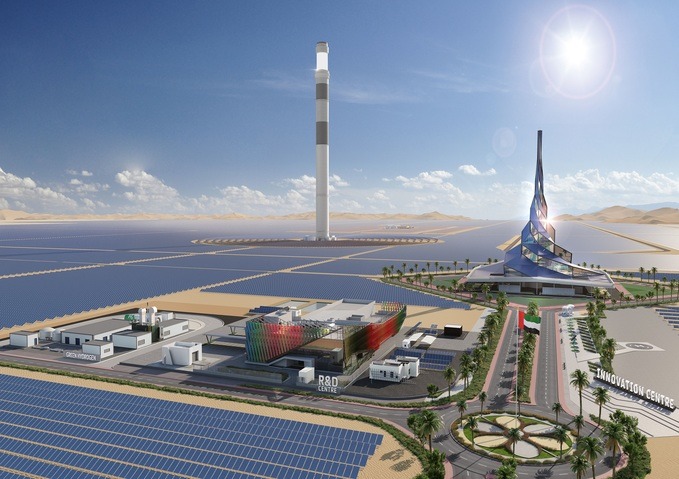 At the time of launching the Dubai 2040 Urban Master Plan, HH Sheikh Mohammed bin Rashid Al Maktoum, Vice President and Prime Minister of the UAE and Ruler of Dubai, announced plans to make Dubai the ideal city for urban living,  by providing world-class facilities for the best city in the world. The advanced electricity and water infrastructure contribute to Dubai’s position as a global city, a preferred destination for living, working, entrepreneurship, and a global economic hub.

According to the Dubai 2040 Urban Masterplan, the number of Dubai residents is expected to reach 5.8 million by 2040, while the daytime population is set to increase to 7.8 million in 2040. Dubai Electricity and Water Authority (DEWA) keeps pace with the increase in demand for energy and water according to the highest quality, availability, and efficiency standards to enhance comprehensive and sustainable development and make citizens, residents, and visitors happier. The number of electricity accounts increased by 41% and the number of water accounts increased by 44% by the end of 2021 compared to 2016.

“We are guided by the vision and directives of His Highness Sheikh Mohammed bin Rashid Al Maktoum, Vice President and Prime Minister of the UAE and Ruler of Dubai, to provide an advanced and integrated infrastructure for electricity and water to meet the growing demand and keep pace with Dubai’s ambitious urban plans. We do that through planning that is based on the latest future-shaping tools. Electricity and water infrastructure expansion plans are based on demand expectations until 2030, considering the demographic and economic growth in the Emirate. DEWA’s installed capacity has increased to 13,417 MW of electricity and 490 MIGD of desalinated water with the help of our state-of-the-art infrastructure, adopting innovation, and sound scientific planning,” said HE Saeed Mohammed Al Tayer, MD&CEO of DEWA.

The Mohammed bin Rashid Al Maktoum Solar Park, which DEWA is implementing, is the largest single-site solar park in the world, using the Independent Power Producer (IPP) model. It will have a production capacity of 5,000MW by 2030 with a total investment of AED 50 billion. Upon its completion, the Solar Park will reduce more than 6.5 million tonnes of carbon emissions annually. The current capacity at the Solar Park is 1,527MW using solar photovoltaic panels. DEWA is implementing more projects with a total capacity of 1,333MW using solar photovoltaic and Concentrated Solar Power (CSP). The clean energy share is currently around 11.4% of Dubai’s energy mix and is expected to reach 14% by the end of 2022.

DEWA is currently building a 250MW pumped-storage hydroelectric power plant in Hatta. The plant’s production capacity is set to reach 250 megawatts (MW) with a storage capacity of 1,500 megawatt-hours and a lifespan of up to 80 years. This is the first of its kind in the Gulf region, with investments of around AED 1.421 billion. Turbines operated by the speed of the waterfall from an upper reservoir through a 1,200-meter water tunnel will be used to generate electricity, with high efficiency in power generation and storage of up to 78.9% and with a 90-second response to demand for electricity.

The Smart Grid is a key component of DEWA’s strategy to develop an advanced infrastructure to support the Smart Dubai initiative. The Smart Grid features programmes with investments of AED 7 billion up that are completed in the short, medium, and long-term until 2035. DEWA has achieved the short-term goals of its Smart Grid Strategy. Between 2015 and 2020, DEWA replaced all electricity and water meters with smart meters, a deployment of over two million smart meters. By automating meter readings, DEWA empowers its customers with information on their usage patterns; allowing them to effectively manage their electricity and water usage. Between 2015 and 2017, DEWA fully automated its transmission network connected to the 400kV and 132kV substations. In 2017, DEWA deployed its multi-application RF Mesh network across the Emirate. Since then, it has expanded to provide communication to over 4,200 distribution substations. This supports smart grid applications such as electricity and water smart meters and the automation of the distribution network.

The Green Charger for electric vehicles

Through the ‘Green Charger’ initiative, DEWA currently provides more than 325 charging stations for electric vehicles across Dubai. It is working to increase this number to reach over 1,000 stations by 2025. The service provides EV charging for customers and visitors (through the “Guest Mode”) by scanning the QR code at charging stations and follow simple steps.

DEWA is shaping a new digital future for Dubai through Digital DEWA, its digital arm. Through this initiative, DEWA aims to become the world’s first digital utility to use autonomous systems for renewable energy and storage, while expanding AI and digital services. Digital DEWA is based on four pillars to provide a new experience for utilities worldwide. The first pillar is launching advanced solar power technologies. The second deploys a renewable energy grid with innovative energy storage technologies. The third pillar is expanding integrated AI solutions to make Dubai the first city to provide AI-based electricity and water services. The fourth pillar includes obtaining the highest-possible benefits from the connected technologies enabling 24/7 world-class services delivery for Dubai, improving UAE’s digital capabilities to develop smart cities, and providing innovative state-of-the-art solutions.