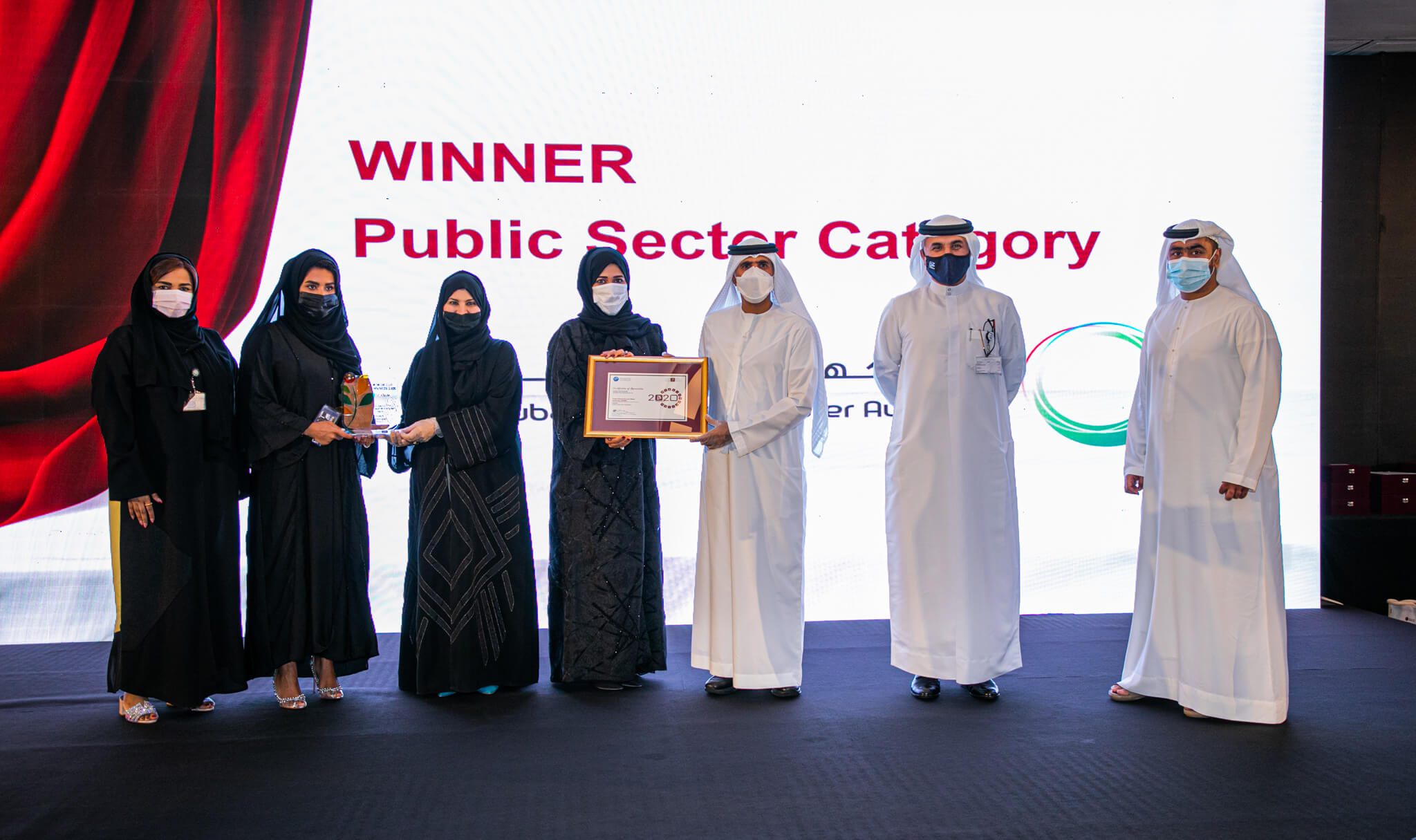 Dubai Electricity and Water Authority (DEWA) has achieved first place in the Public Sector Category of the 13th Arabia CSR Awards for the 5th year running. This is in recognition for DEWA’s efforts in Corporate Social Responsibility (CSR).

On behalf of HE Saeed Mohammed Al Tayer, MD & CEO of DEWA, Taha Al Hamri, Chief Happiness Officer and Head of the voluntary team at DEWA, received the award from Habiba Al Marashi, President & CEO of the Arabia CSR Network. DEWA received the award during a ceremony held under the patronage of HE Sheikh Salem bin Sultan bin Saqr Al Qasimi, Chairman of the Ras Al Khaimah Department of Civil Aviation. A number of CSR leaders were also present.

Al Tayer was pleased that DEWA achieved the first place in the Public Sector Category of the Arabia CSR Awards for the 5th consecutive time. He commended the efforts of the Arabia CSR Network, which is an important platform to highlight the best practices in CSR and sustainability in the Arab World.

“The UAE’s wise leadership has laid solid foundations for sustainable social responsibility within an integrated system that includes planning, implementation and evaluation. We have seen the remarkable results this system achieved in the UAE’s dealing with the COVID-19 pandemic. All public and private organisations are shouldering their responsibilities towards society and joining forces to support the government efforts and serve the public good. At Dubai Electricity and Water Authority, we are guided by the vision and directives of our wise leadership. DEWA’s social initiatives are an indispensable part of its strategy and efforts to serve society. Between 2013 and 2019, DEWA launched 330 social initiatives in which DEWA staff gave over 131,000 volunteer hours, both in and outside the UAE,” said Al Tayer.

“The Arabia CSR Award is one of the most rigorous awards in CSR and sustainability and a benchmark for excellence in sustainability and positive impact. Receiving it shows DEWA’s efforts in social work, which a key component of its support for society as a socially-responsible government organisation,” said Khawla Al Mehairi, Executive Vice President of Strategy and Government Communications at DEWA.

The Arabia CSR Award adopts standards that follow leading international models. These include the UN Global Compact Ten Principles, the GRI framework (currently GRI Standards), and the EFQM model; and the UN SDGs. The jury comprises independent experts from around the world. This is the 5th time DEWA receives this prestigious award in recognition to its integrated CSR strategy, which resulted in several local and international initiatives.