During its participation in the GITEX Technology Week 2021 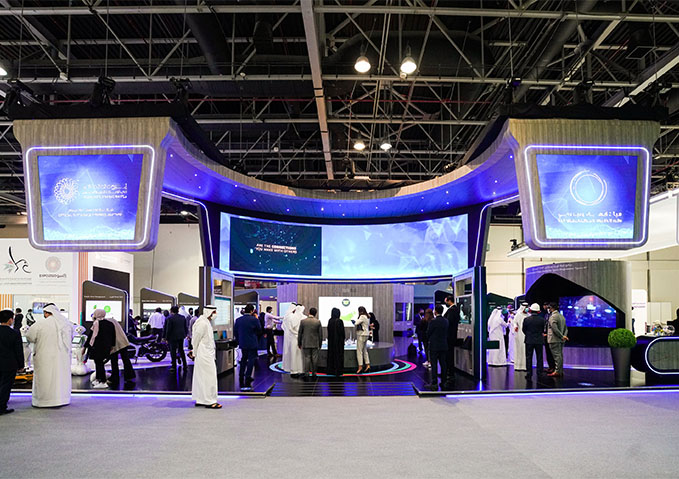 Dubai Electricity and Water Authority (DEWA) displays a variety of its major projects and innovative digital initiatives at the 41st GITEX Technology Week, held at the Dubai World Trade Centre from 17-21 October 2021, at its stands at S2-J1 at Sheikh Saeed Hall. Besides its projects, DEWA will also display projects by its digital arm, Digital DEWA, and others by its subsidiaries.

“During GITEX Technology Week, DEWA shows its most prominent digital and innovative projects and services that have made it a global example of developing and implementing the highest standards and practices of excellence in all its activities and operational processes. This is outpacing the expectations of all our stakeholders and increasing their happiness, as well as supporting sustainability and preserving the environment and natural resources. DEWA’s vision is inspired by the directives of His Highness Sheikh Mohammed bin Rashid Al Maktoum, Vice President and Prime Minister of the UAE and Ruler of Dubai, to upgrade Dubai Government’s services to create and implement today what other cities will be implementing a decade later, and in line with the UAE Centennial 2071 to make the UAE the world's leading nation. Thanks to its advanced digital infrastructure, which is part of the digital transformation map, DEWA won several local and global awards, most important of which is the Sheikh Khalifa Excellence Award in the Excellence Elite Category. DEWA received the 100% Paperless Stamp from Smart Dubai, in recognition of its success in completing the digital transformation of all its operations and services by 100%. DEWA also provides all its services on its website and smart app. DEWA has completed its electronic integration with more than 30 entities; while its smart transactions completed from 2017 until end of September 2021 stood at around 41 million transactions. On the other hand, the smart adoption of DEWA’s services reached 98.92% during Q3 2021.” said HE Saeed Mohammed Al Tayer, MD & CEO of DEWA.

The DEWA stand at the GITEX Technology Week displays projects by its digital arm, Digital DEWA, including the Smart City Experience platform, a 4D experience for visitors to experience the multiple digital smart city technologies.

DEWA’s subsidiaries also highlight a group of their prominent services such as Moro Hub’s (Data Hub Integrated Solutions LLC) Managed & Professional Services, for the development and management of technical infrastructure; Cyber Security Services, which works around the clock to monitor and intercept cyber-attacks using the latest digital security; and the agile and secure Moro Hub Cloud Services, which is available in multiple domains. The cloud computing platform provides multiple cloud services on one platform compatible with the highest standards of Service Level Agreements.

DEWA also presents its InfraX services in infrastructure services and advanced communication and Internet of Things services, including the 5G network services that use the latest advanced computing solutions in the utility sector  DEWA also presents DigitalX projects, including Dropbox Applications, to send any shipment in homes securely without any human interaction; the Smart Access Application for DEWA substations to control access permits; and GoBe robots, which is used to communicate and provide remote customer service.

DEWA’s platform also highlights DEWA’s guaranteed management process via the Robotics Process Automation (RPA), with Emirates NBD. DEWA has changed the bank guarantee management process to become completely paperless. Another service is the automated scanning of DEWA’s domain, which allows and automated scan of the certification, and activities to identify potential problems related to accessing the domain dewa.gov.ae.