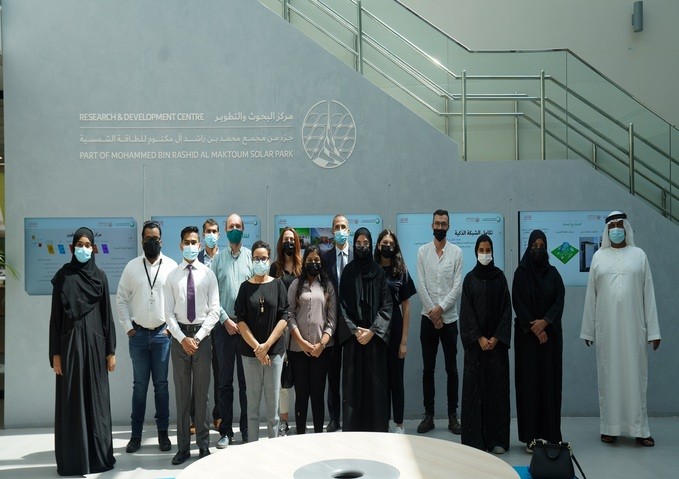 The official delegations that visited the R&D Centre included HE Hage Geingob, President of Namibia and Namibia’s First Lady, as well as several ministers in Namibia; HE Sarah Al Amiri, UAE Minister of State for Public Education and Advanced Technology; H.E. Antonio López-Istúriz White, President of the UAE-EU Parliamentary Friendship Group at the European Parliament; HE Grace Fu, Minister of Sustainability and Environment in Singapore along with Kamal R Vaswani, Ambassador of Singapore to the UAE and a high-level delegation from Singapore; HE Patricia de Lille, Minister of Public Works & Infrastructure in South Africa and officials from South Africa; HE Jose Luis Acero, Vice Minister of Water and Sanitation in Colombia; delegations from the Korea Basic Science Institute (KBSI); the Islamic Republic of Pakistan; Khalifa University in the UAE; and the state of Bavaria in Germany, among others.

HE Saeed Mohammed Al Tayer, MD and CEO of DEWA, welcomed the visits by the official delegations to the R&D Centre. He emphasised DEWA’s commitment to exchanging expertise in research and development with ministries and organisations worldwide in renewable and clean energy, water, environmental sustainability, and other areas of common interest.

“Through the R&D Centre, DEWA develops the disruptive technologies of the Fourth Industrial Revolution to provide world-class services to enhance the quality of life in Dubai as well as develop the research and development sector in the UAE and support it with qualified Emiratis. We also aim to support the scientific community in the UAE and the world by spreading knowledge and nurturing Emirati talents, as well as enhance DEWA’s position at the forefront of utilities worldwide. The R&D Centre, through its pioneering projects and qualitative partnerships and innovations, supports DEWA’s vision to become a globally leading sustainable innovative corporation,” added Al Tayer.

Waleed Bin Salman, Executive Vice President of Business Development and Excellence at DEWA, said that the R&D Centre focuses on four major operational areas: electricity generation from solar and clean energy, integration of smart grids, energy efficiency, and water. Its internal labs study and test system reliability, and it carries out external field testing of new technologies and equipment, including the performance and reliability of solar photovoltaic panels and removing dust.

Dr. Ali Rashid Al Aleeli, Vice President - Research and Development, Business Development and Excellence at DEWA, said that the R&D Centre is the only research centre in the UAE that focuses on renewable energy, smart grid technologies, and energy efficiency. It has the largest and most comprehensive solar testing and certification facility in the UAE. It operates the longest continuous testing of photovoltaic panels in the UAE in desert climate conditions.