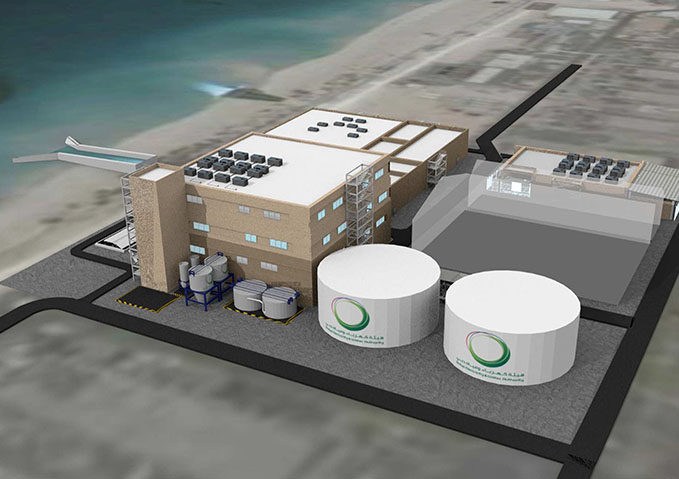 This new Seawater Reverse (SWRO) Plant is being developed as a brown field seawater desalination plant and associated facilities, with the selected desalination technology being Sea Water Reverse Osmosis (SWRO), two (2) pass RO, including pre-treatment facilities. This Plant is expected to be commissioned by May 2020 to meet the reserve margin criterion set for peak water demand for the year 2020 and beyond.

“In line with the vision of HH Sheikh Mohammed bin Rashid Al Maktoum, Vice President and Prime Minister of the UAE and Ruler of Dubai, DEWA implements its strategic plan which is a vital part of Dubai Plan 2021. It also aims to establish Dubai’s leading position in the region, as an example of an effective and efficient infrastructure for electricity and water networks, to meet current and future requirements for all aspects of development in the Emirate. DEWA continuously works to enhance the efficiency and reliability of the water network, increase water flow to fulfil increasing demand for water in all parts of Dubai, and raise the volume of the Emirate’s water reserves and support sustainable development,” said HE Saeed Mohammed Al Tayer, MD & CEO of DEWA.

“In line with Dubai Clean Energy Strategy 2050 which aims to reduce Dubai’s carbon footprint to be the smallest in the world by 2050, we work to increase the efficiency of the water production plants through promoting PV panels and other solar technologies. To ensure this, we need to connect Multi-stage flash distillation (MSF) based plants to a centralised solar energy source such as the MBR Solar Park, so our strategy is to build production plants based on Reverse Osmosis (RO) which requires 90% less energy than that of MSF, making it a more sustainable choice for water desalination,” Al Tayer added.

“This project is in-line with our decoupling plans for water desalination and power production and water desalination using solar energy. The big projects launched by DEWA have contributed in reducing the production cost of electricity through solar energy on a global level, and we continue to decouple electricity production from water desalination to obtain 100% desalinated water using a mix of clean energy and waste heat by 2030. This will allow Dubai to exceed global targets for using clean energy to desalinate water. Reverse Osmosis will help expand our production capacity to 305 million gallons of desalinated water per day by 2030. Eventually, reverse osmosis will produce 41% compared to its current share of 5%, so we will be able to produce 750 million gallons of desalinated water per day by 2030, compared to our current capacity of 470 million gallons per day. Also, increasing the operational efficiency of the decoupling process will save around AED 13 billion and reduce 43 ton of carbon emissions by 2030,” Al Tayer concluded.