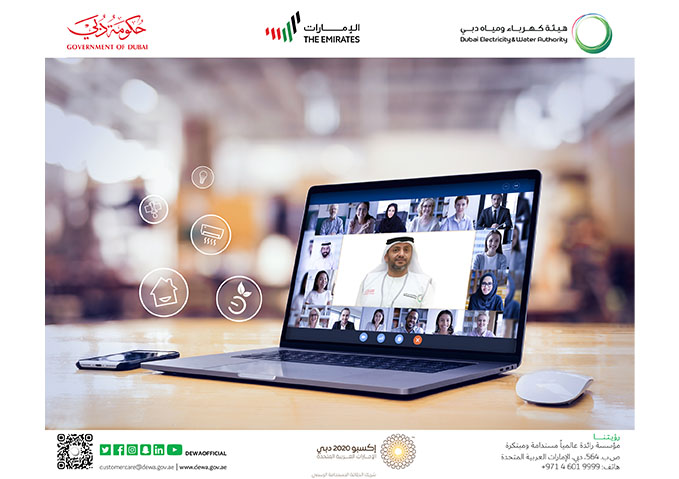 The ‘Let’s Make This Summer’ campaign, organised by Dubai Electricity and Water Authority (DEWA) for the fifth year under the theme ‘Start Conserving Now,’ has achieved great success in raising customer awareness on the importance of adopting conservation and reducing waste, especially during the summer months.

The ‘Let’s Make This Summer’ campaign continued for three months through DEWA’s official social media accounts and its internal and external channels. DEWA also organised several workshops and virtual meetings for the government, private, industrial, and commercial sectors as well as schools and hospitals. DEWA’s conservation team presented lectures on conservation in Arabic and English. A total of 4,839 employees representing 81 government and private organisations took part in these workshops and received electronic certificates. Customer happiness for this year’s campaign reached 96% after witnessing a large turnout from all stakeholders. Participants commended DEWA’s efforts to help customers self-monitor their consumption and contribute to sustainable development.

“DEWA collaborates with all government and private organisations to consolidate conservation to become a social culture and a daily practice. This supports the vision of His Highness Sheikh Mohammed bin Rashid Al Maktoum, Vice President and Prime Minister of the UAE and Ruler of Dubai, to make Dubai the global hub for green economy and sustainable development. It also achieves the Demand Side Management Strategy 2030 to reduce 30% of electricity and water demand by 2030. The large turnout for our initiatives reflects the increased awareness among society members on the importance of protecting the environment and our natural resources, in addition to leading a responsible lifestyle to protect this national wealth,” said HE Saeed Mohammed Al Tayer, MD & CEO of DEWA.

“DEWA attaches great importance to promoting conservation among society members and encouraging positive competition among them to reduce consumption and their carbon footprint. DEWA adopts the latest Fourth Industrial Revolution technologies to provide services for customers to manage and monitor their consumption, to make informed decisions based on current data. They can compare their monthly electricity and water usage with the average use of highly efficient homes in their areas. Customers can learn more about residential customer tariff slabs, and the reasons for high consumption. DEWA sends customised tips and a conservation plan to customers based on their consumption patterns,” said Khawla Al Mehairi, Executive Vice President of Strategy and Government Communications at DEWA.

DEWA’s guidelines in the ‘Let’s Make This Summer Green’ campaign include adjusting the AC to 24 degrees, fixing water leaks, and replacing conventional bulbs with LED bulbs, among other simple steps that everyone can follow. Conservation tips are available on DEWA’s smart app and website www.dewa.gov.ae